Engineering apprentice Libbi Wheeler has found the prescription for success after securing an apprenticeship with global biopharma giant GSK. 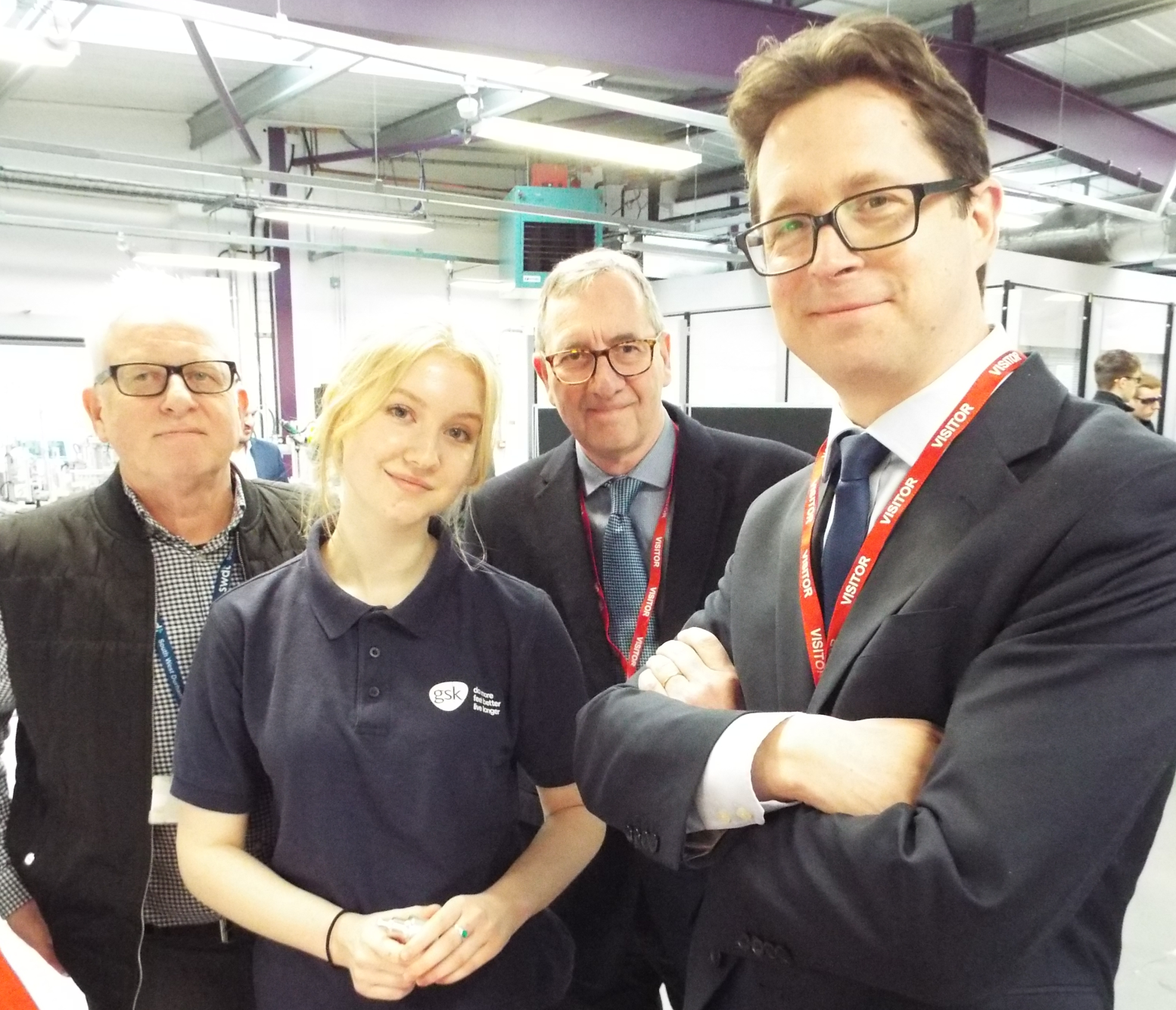 The 18-year-old left Sedgefield Community College with nine GCSE A* and two A-grade equivalents – nine Grade 9s and two Grade 8s – a superb set of results that could have enabled her to choose any A-level combination.

But she instead opted for the apprenticeship route, and a year on is really enjoying the combination of training on the job and at Bishop Auckland College’s specialist engineering centre South West Durham Training (SWDT) in Newton Aycliffe.

Libbi, from West Cornforth, said: “I’m a practical learner, so I saw an apprenticeship as an opportunity to get out of the classroom and get some real hands-on experience in the industry.

“What I enjoy most about the apprenticeship is the massive spectrum of working in industry that I’ve been able to see – every day at work is so different with new breakdowns or faults to fix, new parts to install or maintain, different areas with different pieces of equipment, and the different people within the team that you get to work with.

“I feel that I have a much more detailed understanding of what engineering actually is, and I’ve seen a much wider variety than I would have if I’d chosen to continue my studies in a classroom environment.

“The biggest thing I’ve learned so far is the importance of attitude when you’re at work – I’m much more likely to learn something when I pay active attention, ask lots of questions, get involved, and take notes about what’s going on. This means when there is a lot going on at once, I can take notes to re-read later and absorb the knowledge properly rather than letting it go over my head.”

One in six UK engineers is female and the number of women working in engineering roles increased 67 per cent between 2010 and 2021 from 562,000 to 936,000. Libbi said any initial misgivings she had about the profession being male-dominated were soon dismissed.

“Absolutely everyone I’ve come across in the workplace has been nothing but supportive and encouraging. I’ve never been made to feel like ‘the odd one out’ or like I didn’t belong there, and I know that if I ever had been made to feel like that then I could have contacted anyone in my support network (for example my manager) and it would have been dealt with immediately.

“What first got me interested in engineering was when my maths and physics teachers (both female) were actively encouraging me to go into STEM (science, technology, engineering and mathematics). My physics teacher made a huge focus of career opportunities in STEM and gave us all lots of information on what we could aspire to do or be after school.”

Libbi saw the apprenticeship at GSK’s Barnard Castle plant advertised on LinkedIn and was encouraged to apply for it by her tutor at SWDT. She is nearing completion of the first of four years during which she will study a Level 2 AME, Level 3 BTEC and an HNC.

She said: “The training at SWDT has given me the underpinning knowledge that I use every day now I’m at work.

“The tutors are always supportive and willing to help when needed. The apprentice network is also great, there are frequent social activities that tend to be organised.

“Longer term, I’d like to get to see more of the different areas at work and work in those teams, hopefully expanding my skill set in each rotation.”

“I believe our apprenticeship has a lot to offer and it is highly regarded in the North East. With a very high percentage of employment at the end of the programme, there is a lot of competition for places.

“The pharmaceutical industry relies on students like Libbi to come through the STEM programme and develop into the next innovators. By working with SWDT and local schools, GSK Barnard Castle promotes STEM within the community, helping translate it from an educational setting to the workplace.

“Libbi is a fantastic example of STEM at work and of the inclusiveness and diversity we see in the engineering workplace. We currently have four female apprentices at GSK Barnard Castle and are looking forward to two more joining the team in September. Like all the apprentices, Libbi is already proving her worth and actively putting in to practice at GSK what she is learning academically at SWDT.”