Staff and students remembered Queen Elizabeth II in a tribute event at the college today. 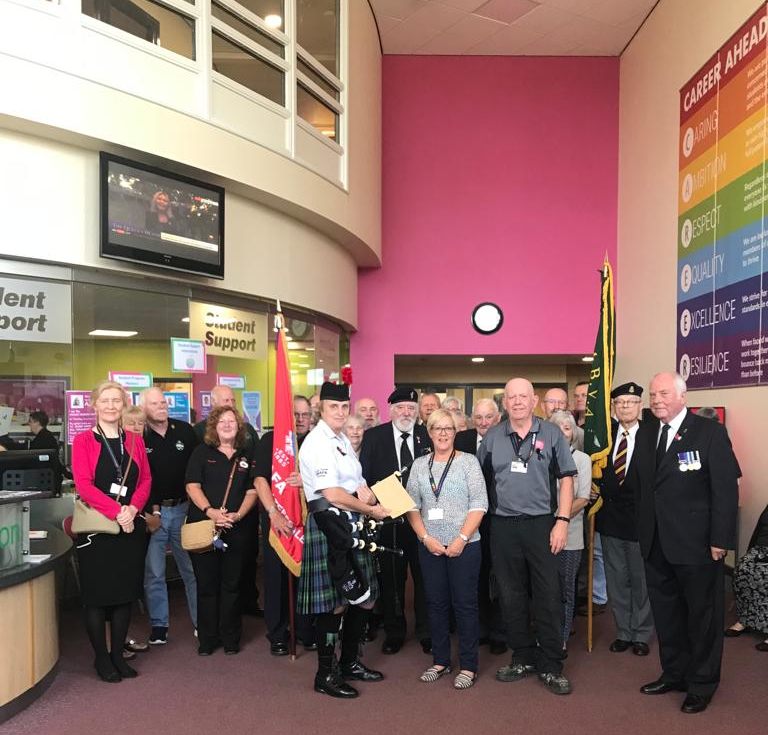 A two minute silence was followed by a rendition of Flowers of the Forest by Ruth Wright, Treasurer and Piper of the Durham branch of the Soldiers, Sailors, Airmen and Families Association (SSAFA).

Those gathered then sang the national anthem God Save The King.

Married couple Sharon and Gary Bainbridge (who both work at the college) presented a cheque for £328 to Ruth, which was raised by St John’s Church, Shildon, and the couple’s family.

The fundraising was a thank you to the Armed Forces charity and Ruth for their great support to Gary’s uncle Sydney Roberts, a former Para in WWII who received his card from the Queen last October for his 100th birthday.

Sydney, a proud veteran who was fit and active all of his life sadly passed away in April. 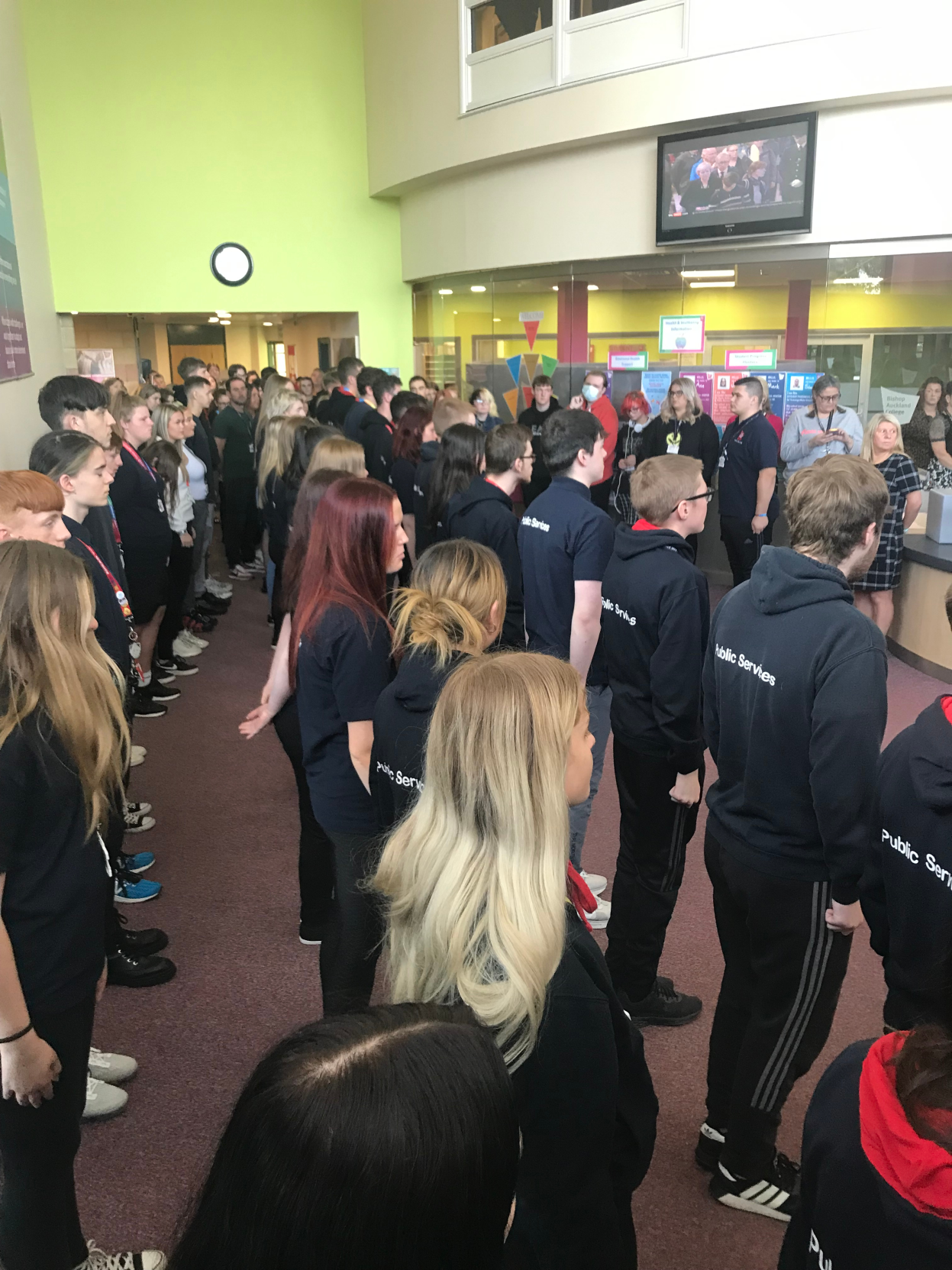 The college’s Ambition restaurant was open between 10am and 3pm for both staff and learners to drop in, reflect and pay their respects to The Queen, where food had been prepared and an artwork display created. More than £250 was raised from donations to go to a charity supported by Her Majesty to be chosen. 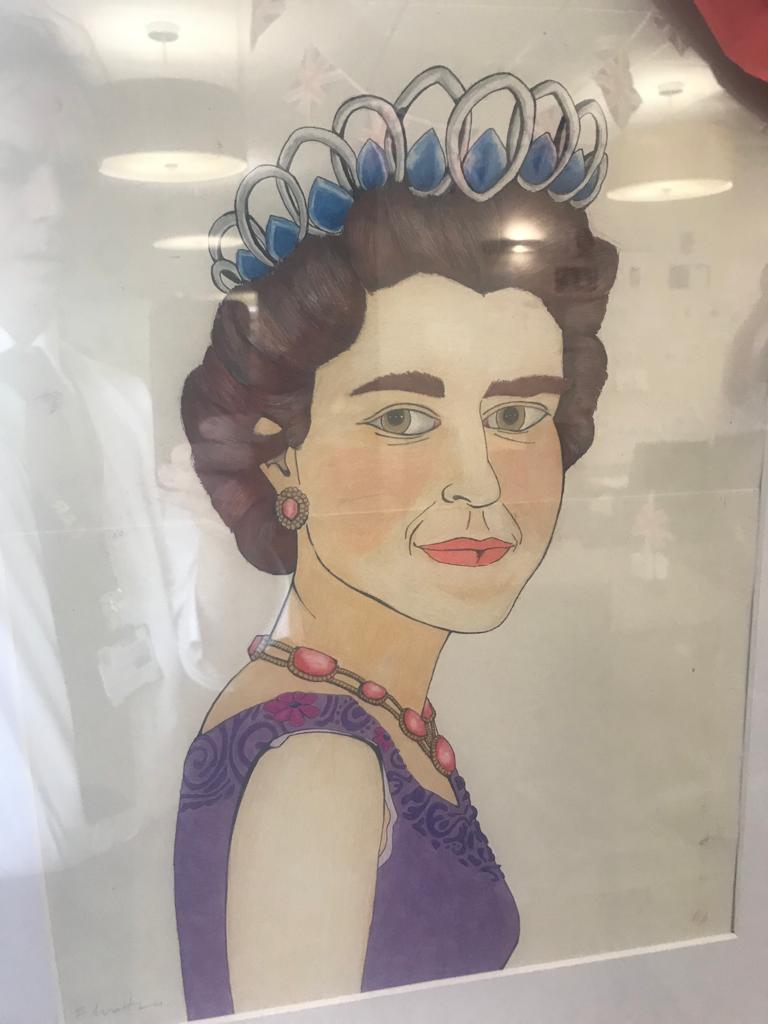 Pictured (front l-r) are: Ruth Wright, Treasurer and Piper SSAFA Durham; Sharon and Gary Bainbridge; and Mike Done, President SSAFA Durham with SSAFA helper Peter Williams carrying the SSAFA standard and Malay and Borneo Veterans Chairman Barrie Jones (in cap) carrying the Malay and Borneo Standard. Pic 2: one of the examples of artwork on display in the college’s Ambition restaurant.