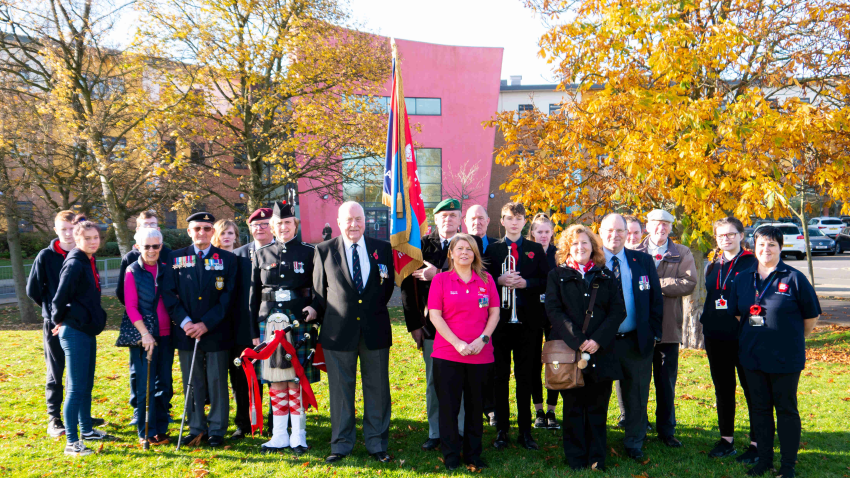 Mike Donne, President of the County Durham branch of Armed Forces charity the Soldiers, Sailors, Airmen and Families Association (SSAFA), presented the Act of Remembrance at the college’s main Woodhouse Lane campus at 11am.

The veterans, who included Royal Navy, Royal Air Force and Royal Marines, were also invited to a coffee morning where they were served refreshments, pastries and cakes produced by hospitality and catering students in the college’s restaurant Ambition.

£540 was also raised for the Royal British Legion in a raffle and tombola, with further donations in poppy tins.