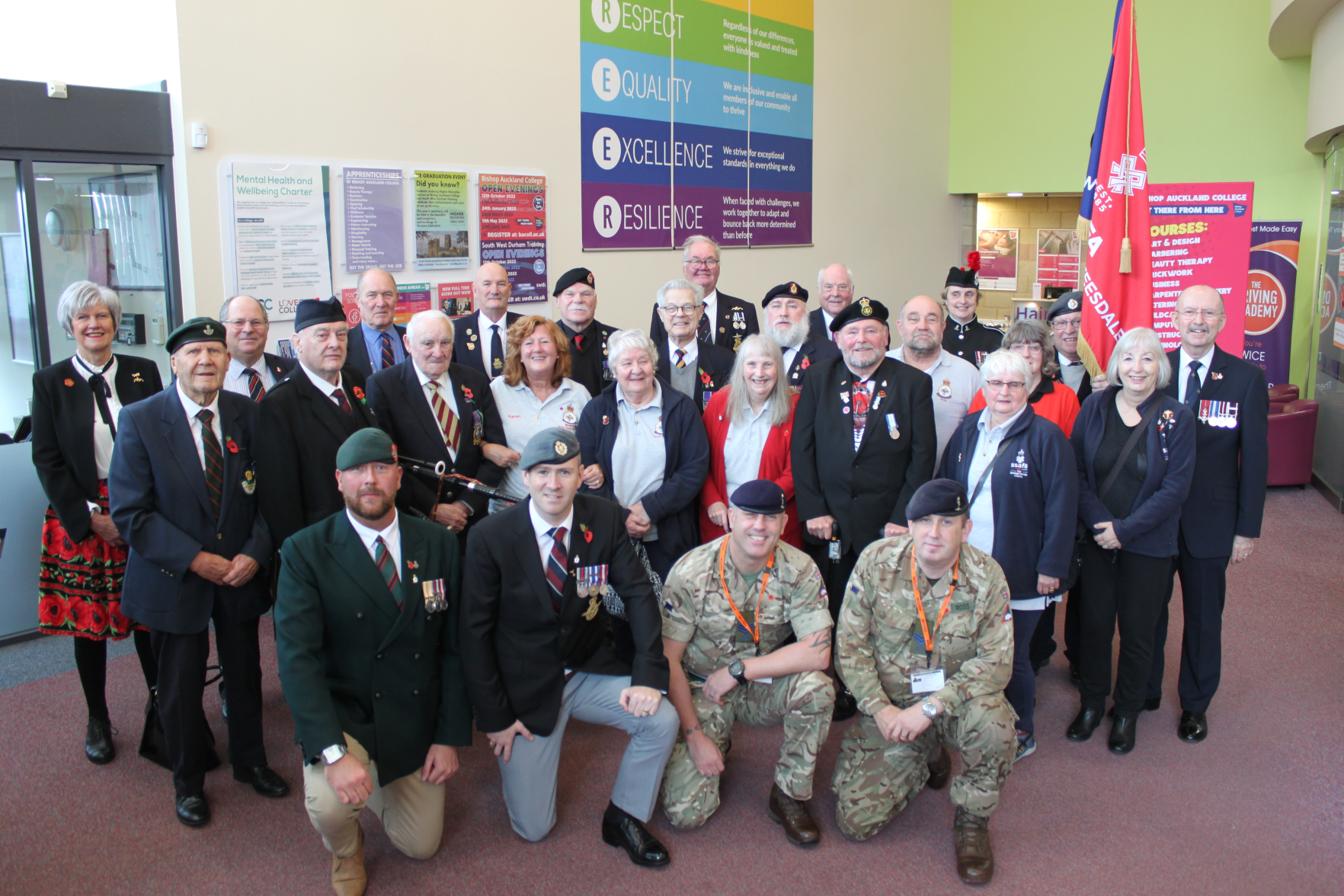 Two minutes’ silence was followed by The Last Post played by Trumpeter Harry Rose, aged 15 from Shildon who travelled from Chetham’s School of Music, Manchester, with veteran piper Ruth Wright, a former Captain with the Royal Corps of Signals, also performing.

The veterans, who included Royal Navy, Royal Air Force and Royal Marines, were also invited to a coffee morning in the college’s restaurant Ambition where they were served refreshments, pastries and cakes produced by hospitality and catering students.

More than £550 was raised from the sale of food and drinks for donations, alongside other fundraising activities including a raffle and tombola. It will be shared equally between the Royal British Legion and SSAFA, which supports Uniformed Public Services and Criminology students with various opportunities throughout the academic year.

Mike Donne said: “Over the years I have seen the numbers of students, staff and visitors increase at the Remembrance Service at the college. For me personally it has always been a great pleasure to carry out the Act of Remembrance on behalf of the college and I look forward to many more years working with the college’s students and staff.”

Sharron Trevor, Lecturer in Uniformed Public Services and Policing, co-ordinated the event. She added: “This is such an important event; the local veterans had an amazing time and said it was such a lovely day. The total raised today was a massive £555.30, and there is also a sealed container that was full that goes direct to the Poppy Appeal, so we have exceeded all expectations.”