The next time you go to the cinema and see a trailer for a new release you might find its music was created right here in County Durham.

For local composer Jordan Caygill has broken into the global film trailer industry, producing the music for Hollywood blockbusters and series on US pay TV channels.

He has created the music for Terminator: Dark Fate, which was released last November, The Outsider, a series on US subscription channel HBO based on the 2018 Stephen King novel, and promotional campaigns for America’s Got Talent.

For someone who confesses to having never worked with computer technology or produced music digitally before enrolling on a music course at Bishop Auckland College, Jordan has achieved phenomenal early success in his new career.

The 29-year-old, from Witton-le-Wear, explained how he got his big break: “I first started emailing my music to big labels back in mid-2018 but got no interest.

“But in December 2018 one of the creative directors in trailer music at Position Music in Los Angeles sent me an email saying that they wanted to give me a chance at writing for them. I could not believe what I was reading!

“During 2019, I featured on a total of nine albums released with them and even travelled to Los Angeles to meet the team. They were very welcoming and professional.

“Landing my first placement was a euphoric moment. I received an email from Position Music in January notifying me that my track ‘Down from the Sky’ had been used in the promotional campaign for Terminator: Dark Fate. All my dedication and patience had paid off!

“In February, HBO placed my track ‘Skyfall’ in the premiere of Stephen King’s The Outsider. Then in March I was notified that my track ‘Starscream’ was placed in Season 14 of America’s Got Talent. My world had been completely changed, seeing and hearing my music on the big screens that once was a dream, was now my reality.”

During his time at college, Jordan played lead guitar in an Iron Maiden tribute band which performed at the 02 Academy and other festivals across the UK. But it was after contacting another trailer composer Alex Moukala that he decided to do an industry online course. The rest is history.

The former Wolsingham School pupil has also conquered a speech disability on his musical journey to Hollywood. He said: “The most part of my life I remember always trying to hide my emotions. It was hard being the kid that ‘talked funny’.

“I stood out but I was always creative from a young age. I would draw, sketch, paint and express myself through art. I remember when some days I chose not to talk at all - it was unbearable.

“Finding my voice through music enabled me to channel my frustration and emotions into a product that enabled me the opportunity to start building a career I thought was impossible.”

And he had this message for other young people with disabilities who think they might not achieve their goal: “I would say if you have a talent, a recognisable gift or skill, to use that to your advantage. No matter what disability you have or where you come from, it is up to you as an individual, to work in silence and let success be your noise.

“When you find your voice, find that confidence you may have lacked, you feel a great sense of self-satisfaction, gratitude and respect for yourself. Most of all I would say do not ever give up on your dreams. If you want something so bad you will do anything to make it happen, I am living proof of that.”

New projects include a collaboration with another County Durham composer Caroline J Gleave. They have launched a new duo act specialising in trailer music called Second State and are in the process of completing a showreel of new music.

Jordan’s former tutor at Bishop Auckland College, Tim Loades, said: “I am delighted that Jordan is receiving recognition and success for his music compositions - he was a very versatile and dedicated student.

“I teach recording techniques on the course in the college studio and Jordan was always very interested in writing and composing his own music. Many of our students progress onto higher level courses either the popular HND we run here at the college, university and employment in the music industry.

“Jordan’s recent achievements have added a new dimension showing the creative heights our students can reach after they leave us. Well done Jordan!” 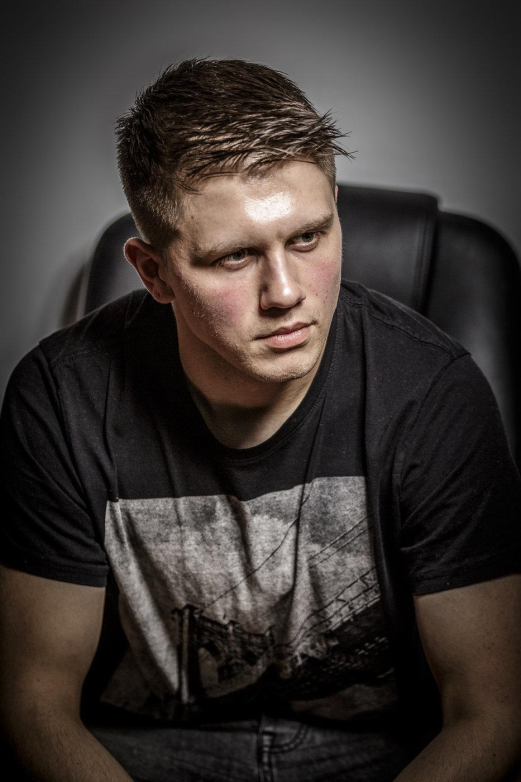